By Unknown - September 11, 2016
This is part 2 of talking about the 3 separate topics of minimalism, frugality, and zero waste (duh, see title) and this post is all about frugality! If you did catch part 1, see this post here.

So, frugality. This is something that I have been decent at on and off for most of my life. I recall as a kid I would get money through allowance or babysitting and it would often not be spent for quite a long time. I tended to be more of a saver than a spender. Same with Halloween candy. Somehow I was able to make that stuff last most of the year. Indeed, I was unique.

As an adult I would say that I have not always been a saver. When I was a senior in high school I decided to spend most of my savings on a new car. Not too bad of an investment as my '73 VW Beetle was not always the most reliable. I bought a used '98 VW Jetta and it ended up lasting me until 2012, about 9 years. Not too bad. I then spent the rest of my savings on a new bedroom set: mattress, bedding, frame, dresser, and vanity. I still have all but the frame which was sold on Craiglist in the last few years. So again, not too bad. But then I had no savings. From there going to school full time and only working part time, while I lived with my roommate and tried to keep up with my friends (the Joneses if you will), I really lived paycheck to paycheck. Then BEHOLD! The credit card. I was one of those college kids that quickly learned that credit cards were handy.

From there I predominantly continued this trend, even as I received raises and got new jobs. There were periods of time where I had my credit cards all paid off and then I would use them again. I never was delinquent so I definitely have that going for me. I lived with my parents two separate times for a few months each, each time paying off all my debt. When I bought my house I even received the lovely $8,000 bonus for first time home buyers, paying off my debt and then using it to buy STUFF (see part 1 for that story). Then I put stuff on credit cards again! Jeez, I just never learned.

Until now. In 3 1/2 short months I will be happy to say I will be credit card free again and this time it is sticking! I have worked VERY hard over the past year to achieve this goal. Fortunately I really only had one major card to pay down. From there it's car loans, student loans, then finally, our mortgage.

Back in 2014, right after we got married, I was fed up with not knowing where our money was going. So, I created a spreadsheet on excel and starting tracking every.single.thing that comes through our accounts. It has helped tremendously! Seeing that I was spending money on things I did not need really opened my eyes! This is where the frugality shift really happened for me. Tyler and I do a really good job of eating at home. However, there were times of food waste as well as grocery bills that just seemed too large for 2 people (plus the animal kingdom). We also found that my car, the Subaru, does poorly on gas mileage so I started to take the Nissan to work since Tyler works so much closer. Let me tell you, filling up the Nissan once per month and the Subaru once, maybe twice per month has helped a lot!

There were several other tweaks we made, like shopping at Winco more and Albertson's less, buying items in bulk from Costco rather than smaller amounts of items we frequently use. I decreased the number of races I signed up, saving in race fees. I have recently quit my gym membership which saves $30 per month.

One thing I hadn't planned on doing was buying clothes less. I really haven't needed any new clothes in quite some time and I am not a girl who likes to shop. My previous habit was to wait until I was ready to drop a few hundred dollars and replace a large portion of my closet and only go when there were sales at either Gap or Old Navy, maybe 2-3 times a year max.. I do not care for brands and I do not enjoy the activity of shopping. Since I keep track of everything I spend I realized I have not bought any clothes in the year 2016! I find that to be really surprising actually since it was not a goal or plan. Tyler reminded me that I bought a sports bra and some underwear at Costco sometime this year, which I do recall buying but not when. It could have been this year or late 2015. Unfortunately when I tally the Costco purchases, I did not separate food from clothes so he could be right (we have since started breaking down our purchases into food, clothes, toiletries, and pets) but even so, I find that to be pretty impressive.

Even more impressive, I keep clothing items that are in good quality and that I still wear. For example, I own a pair of shoes that were given to me when I was 10, making those shoes 21 years old! Plus they are Birkenstock so they have a lifetime warranty for when I need them repaired. I have a winter coat that I got when I was 13 that I will likely have as long as it fits me. I see no need in buying the latest and greatest if something still does it's job, is comfortable, and I don't look too hideous (in that order).

One thing that I have always had going for me is putting my money aside for retirement. That is something I started back when I was 17 working at Washington Mutual. Since then, I just always pay myself first. That way I never miss the money and I know when I get older I can retire and depend on my earnings. My goal is to eventually max out what I can contribute annually by always increasing the percentage when I get a raise.

Some of the resources that I have learned about these practices include Dave Ramsey's Method, the 50/20/30 Rule, and my current favorite blog, The Frugalwoods.

It is not something I consider myself in expert in by far but it is something of a personal interest of mine these days. I love being able to see our debt decrease and our savings increase. I think it also helps Tyler and I decide what matters most to us. We know that if we eat out all the time, that's less money we have for projects around the house, which we enjoy more. We enjoy being able to travel when we want so to have money in savings especially for that has become more important to us. We want to be able to give back as well, to charities that matter to us. 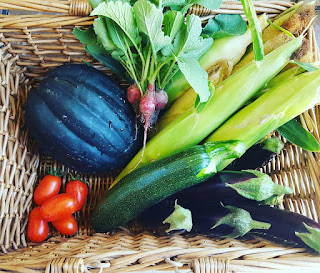 One of the biggest gifts this gives us is less stress. Money is the #1 stress-or for families and I want to take that stress off the table. I am excited to continue to hone this practice and see what it can bring us in the future.