By Unknown - November 14, 2015
I was going through some old pictures today and found myself looking at all my racing related pictures. Looking at those, I remembered how much fun I had, getting caught up in the cheering and the whole vibe of those events. I also really liked the feeling of having a training schedule and that feeling of accomplishment having gotten those workouts done. I was determine and disciplined, and it felt great! Here are some of my favorite moments: 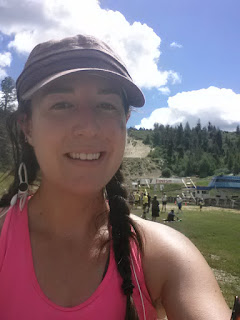 After my solo trail race. This race I did on my own and it was the only trail race I have done. I LOVED this race and I really want to do it again! June 2014 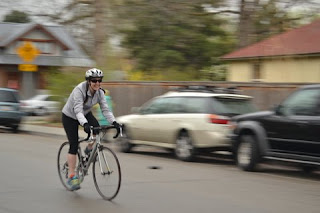 Biking in the triathlon. This too I did solo and was the only triathlon I have ever done. I want to do another one! April 2013 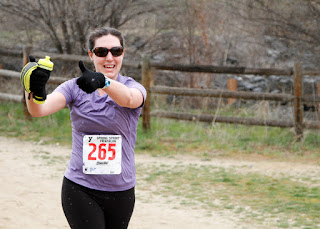 Running after the biking portion of the triathlon. 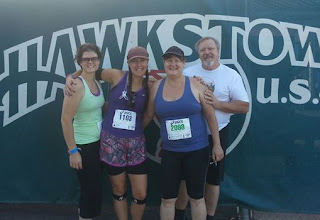 Running the Fit For Life 10k. This was my HOTTEST race ever! I guess that's to be expected in July in Boise :) July 2014 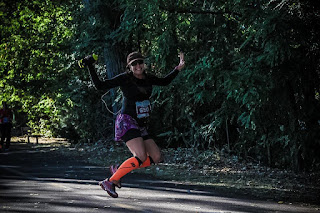 The Fit One Half Marathon. This race was so fun because it was running through downtown and east Boise and my goal was just to have fun! Plus the course was flat which makes it easier. September 2014 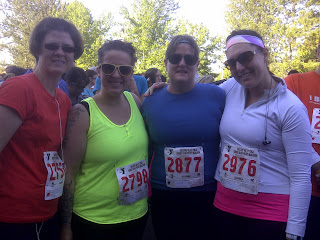 This was the FIRST 5K I ever ran! I had done 5Ks in the past but mostly walked them. This was the beginning of it all... May 2012 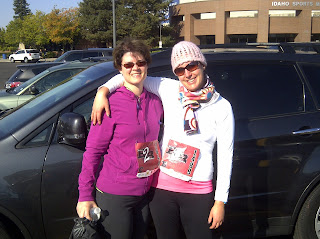 My first 10K with my running buddy. Barber 2 Boise is also a really fun race because the temperatures are great for running. Again, running on the Boise greenbelt is pretty great! October 2012 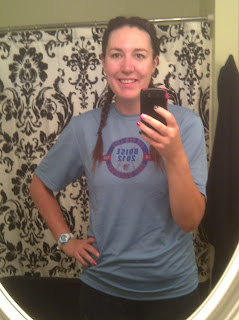 After the first Fit For Life race. I was hooked on running! July 2012 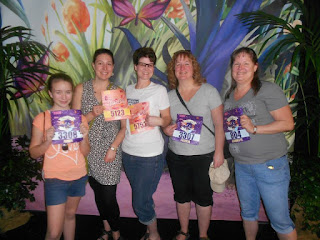 These wonderful people ran in Disneyland with me. I love doing races with my family! Jan 2014 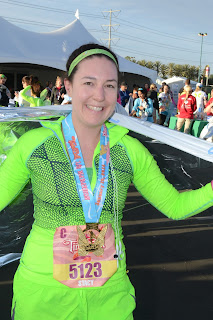 When I finished my first half marathon. Running through Disneyland, especially through Sleeping Beauty's castle was so much fun! 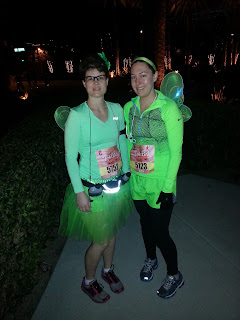 Getting started! We got up at 4am for this race! Insane yet so fun 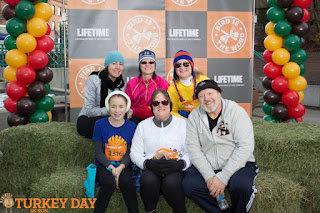 When I PR my 5K. We are doing the Turkey Trot again this year. I am not expecting to get a new PR but I am excited to sweat before we eat Thanksgiving dinner. November 2013 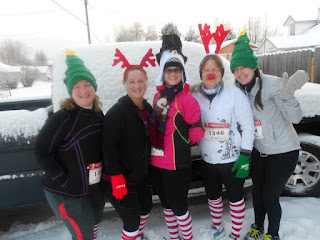 The Christmas Run! The first year I did it I did the 10k, which was super hilly and hard, but no snow. This time there was TONS of fresh snow! Fortunately I was running the 2.5 mile route because running in snow is AWFUL! I felt like I wasn't moving at all and I was so EXHAUSTED afterwards. Still, it was fun to be with all the other crazies who were running along with me! December 2013

So, what next? Well, it is true that my fatigue is pretty much a four letter word, and my joints, particularly my knees are swollen fairly regularly, but call me crazy, I want to do another race. And not just a mud run where it's more about having fun than racing. I want to train and try to beat my previous times! I am doing the Turkey trot next but I doubt it will be significant. However, there is the Sprint Tri next April that I could shoot for, giving myself 16 weeks from today to train for. So, I think I am going to make that my goal! That means biking, swimming, and running are coming back in my life in a big way and I am seriously STOKED! Bring it on!