By Unknown - July 09, 2014
It has been a while since my last post but bear with me, I am going to hit you with a few posts to sum up the month of June and the first week of July! Everything seemed to culminate at the same time!

First, let's start with the Runner's World 40 Day Challenge. I subscribe to the magazine as well as follow them on Facebook and Instagram for motivation and running tips. Starting on Memorial Day, they encouraged their readers to run at least one mile per day until the 4th of July. I find that I thrive on challenges so I decided to give this one a shot. I really wanted to be sure to be walking Kitty every day and since it is so hot in the evening I thought it would be best to get a mile in first thing in the morning and try to run it to help boost her metabolism. In addition to the 1 mile run every morning, I ran 3 runs per week, aiming for one trail run, one track run, and one long run on the greenbelt. I also did hot yoga 3 times per week.

I ended up running 85 miles in those 40 days, which isn't too shabby. There is a blog I follow, The Althetarian and she always aims for 100 miles per month so I may try to bump up my mileage as we get closer to my next half marathon-coming up in September! In addition, Kitty ran 39 miles for the total challenge and I ran my first trail run race!

The trail run is called The Boise Front Trail Race, which had its inaugural  run this year. It's up at Bogus Basin where you start at the lodge and run on the ski trails. They had originally thought the race would be 5 miles, then it was 4.7, then it was 5.3 but after running it, many people's Garmins said it was closer to 6 miles. The trails were windy in parts and I think it was hard to fully gauge how long it really was. That was the short run, the long run was running the trail twice. I went for the short run.

It was quite a bit of incline as well as quite a bit of decline. Of course with the incline there was quite a bit of walking but I have come to accept that is pretty normal for running trails (at least for me). It started off really chilly up there, which I was not expecting. I didn't bring a running jacket but luckily I had a jacket to wear until it was time to start. I threw on some gloves (since I am always prepared with those) and figured I would warm up once we all started running. I was correct in that for sure! The gloves came off somewhere on the last half of the race. I had decided to bring my running water bottle (it has a cool groove in it to help me hold on to it while I run) which has a pouch on it for gels or keys or whatever you want to put in there. I added some electrolyte powder to my water and puts some chews in the pouch just in case. I am so glad I did because on the last huge incline I started eating my chews and the electrolyte water was helping with the heat and the distance for sure! Unfortunately once the gloves came off I had no where to put them so I had to just carry them. Oh well, there could be worse things.

Speaking of, I did end up falling once. I figured it was bound to happen with all the uneven terrain. I tripped over a tree root but caught myself with my hands and stayed on my feet so there was no injury. I was immediately back up, just very dirty from all of the dirt and dust. I definitely think yoga has helped me to be more graceful less injury prone! 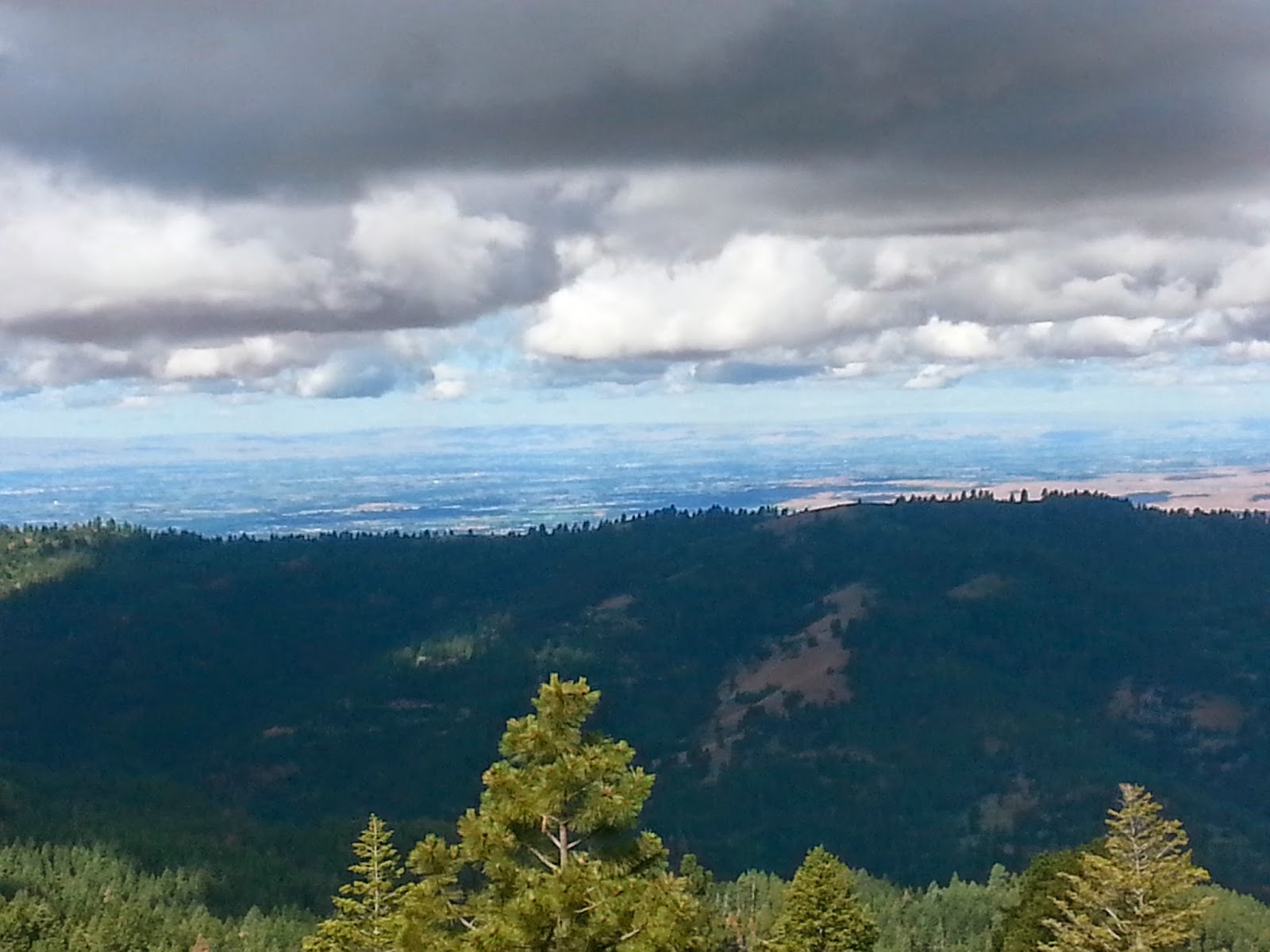 Oh Boise, you are just so gorgeous 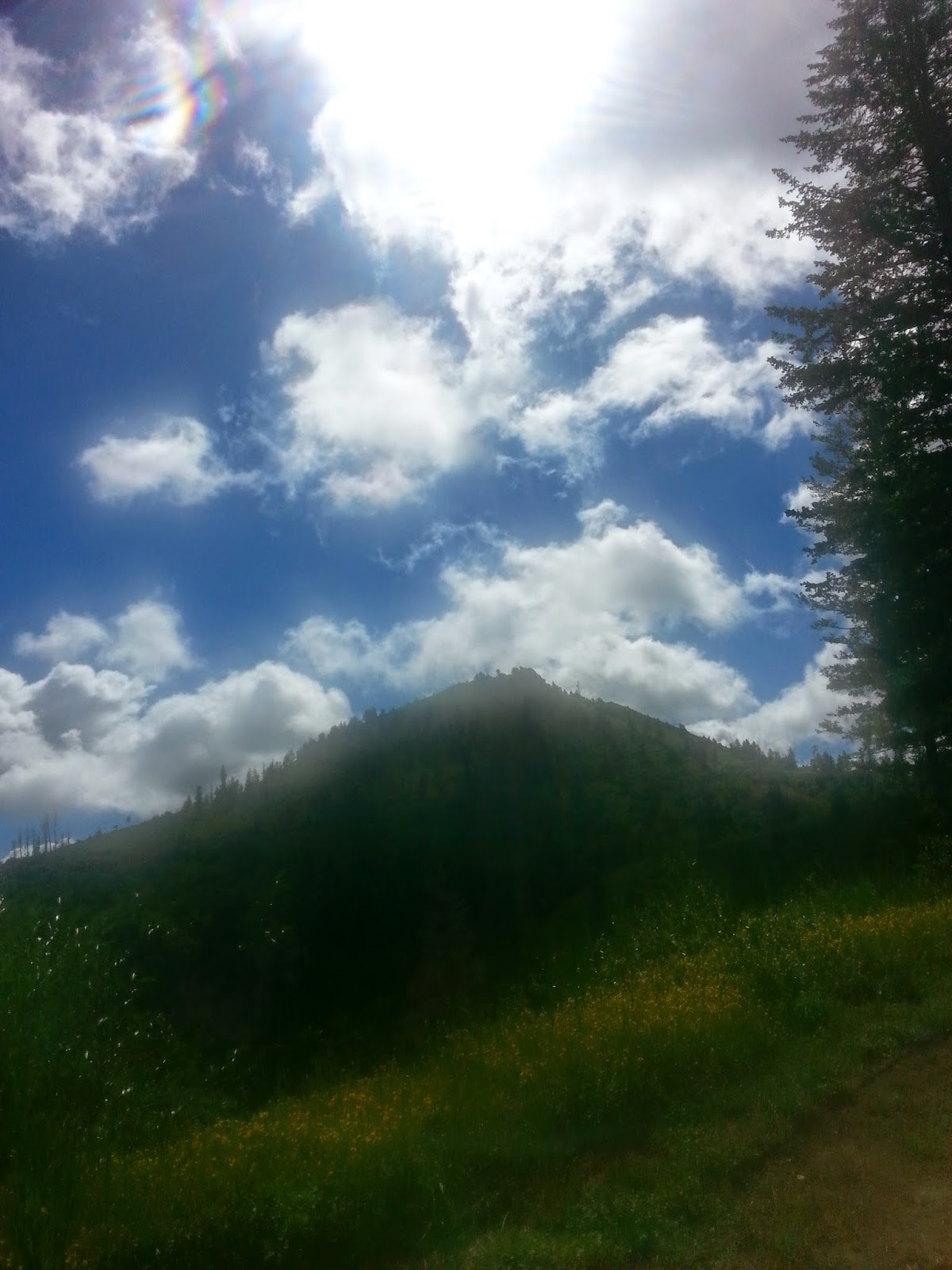 White puffy clouds are my new favorite thing. Forest Fires and Inversions-stay away!!! 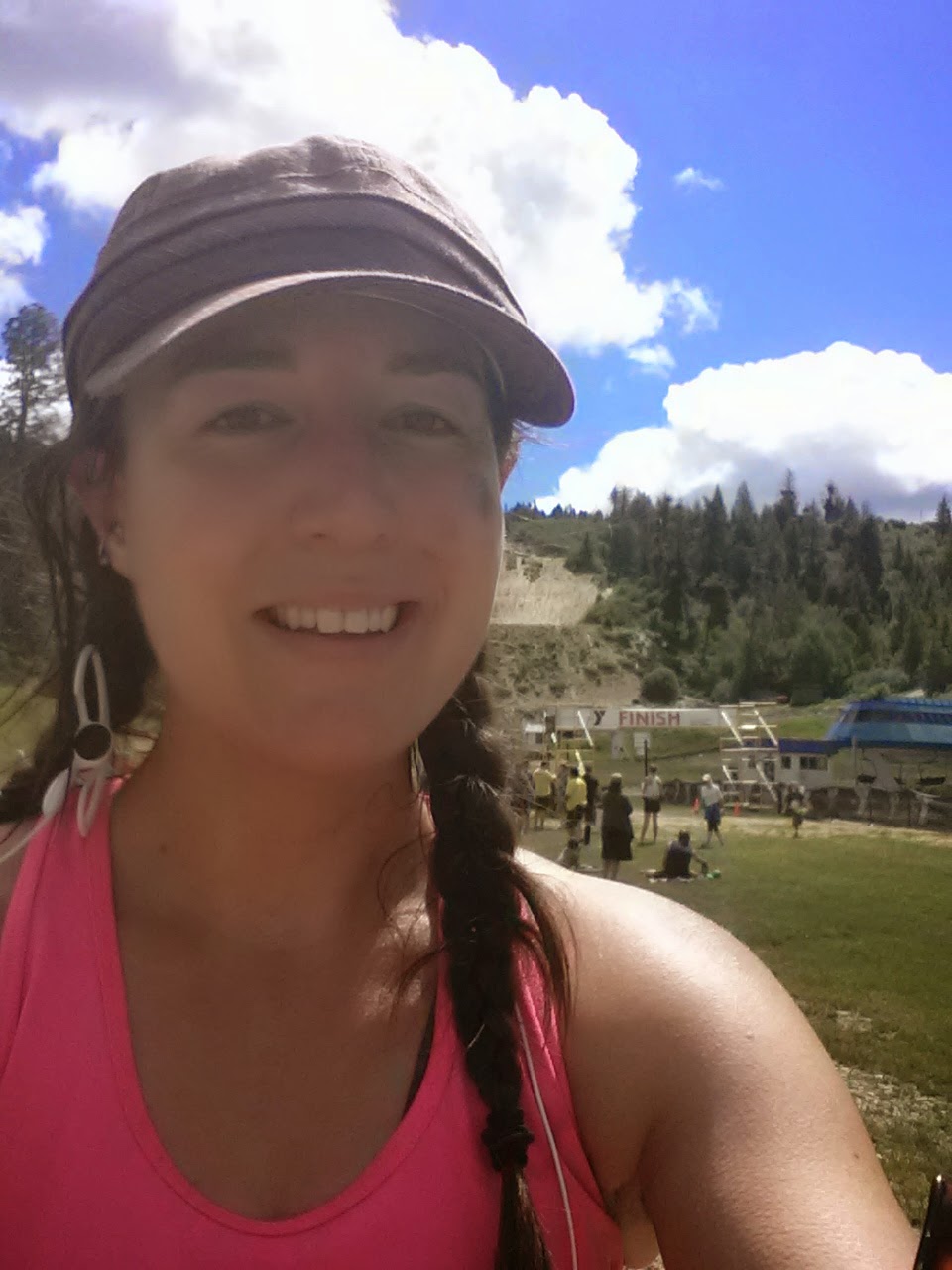 There were no photographers for this race-weird huh? So I took my own picture after the finish. Notice the dirt-yeah, I am pretty cool 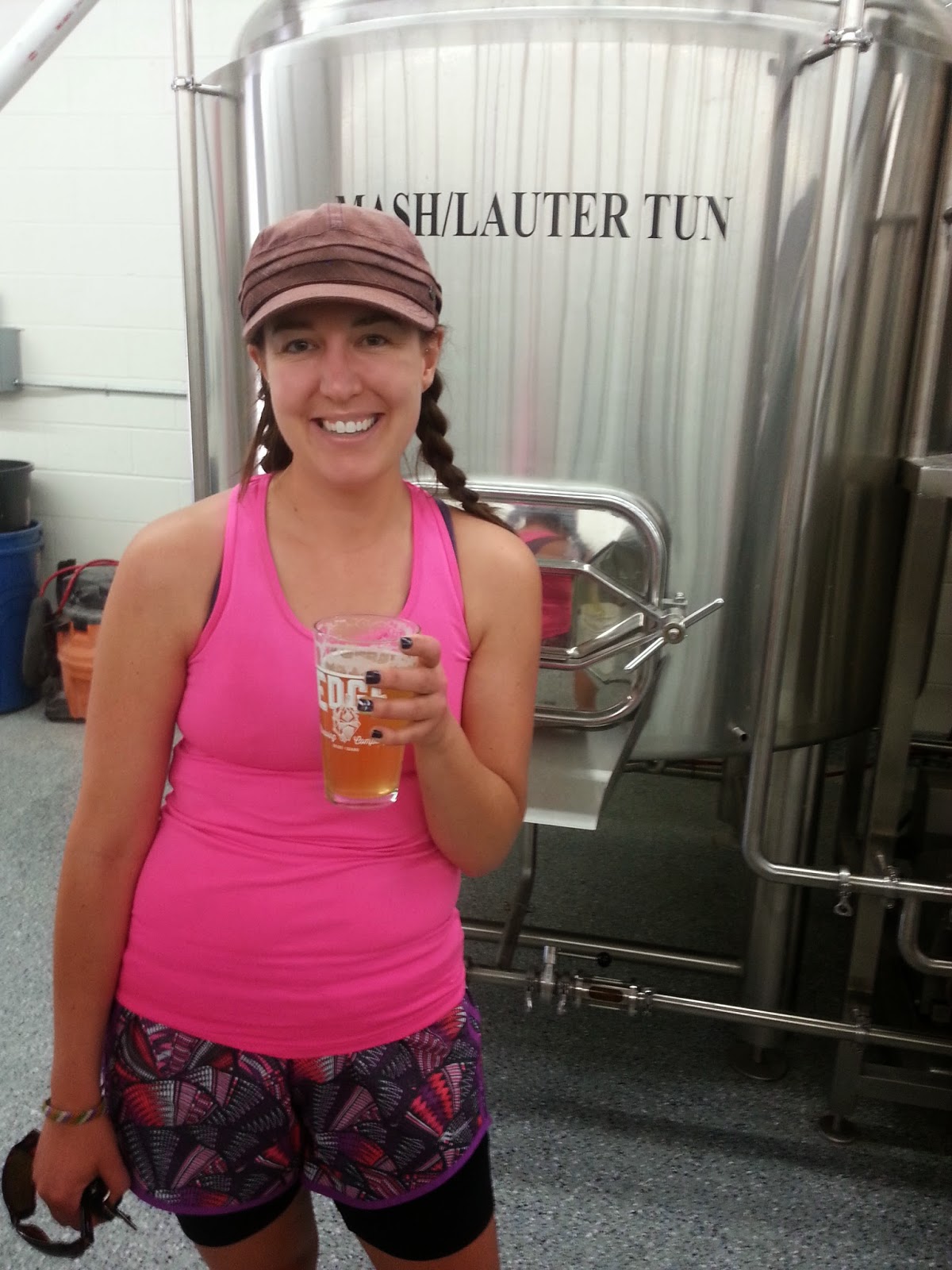 And what do you do after you run 6 miles? You drink a beer of course! Actually, it was National Beer Week and Runner's World had a lot of articles about runners being huge beer drinkers, which definitely applies to me. So I headed to over to Edge to get me the Belgian Wit and a plate of fries-Best Post Run Meal Ever!!!
The trail run was a ton of fun and I plan to do more in the future. It's a different kind of running than short distance or long and it is a really fun challenge. Plus it's like doing lunges and squats while running so your booty gets an awesome workout! Happy Running everybody!