By Unknown - March 11, 2014
Tyler and I LOVE bananas. We get 3 bunches at a time normally. Generally we rarely have any get to that perfect "ripe" state because we eat them too fast. Somehow those the last bunches we got either turned on us quicker than normal or we decided not to eat like monkeys... not sure but we ended up with two bunches of bananas that were just asking to be baked!

As you all know Tyler and I have been pretty busy these last couple of months so on Sunday, once we saw the weather was super rainy, we decided to stay in all day. I took the chance to do some baking... and never got out of my pj's! It's the little things, people!

So I baked and here is what I came up with: 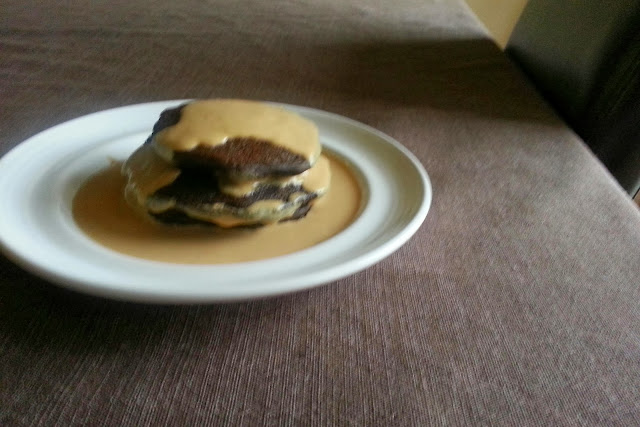 I started with some Quinoa Brownie pancakes. I looked to Chocolate-covered Katie's page for inspiration.  I didn't have spelt flour so I chose to use some quinoa flour that I got awhile back and have not used. I also have some carob powder that I needed to try to I threw some of that in too. While I using ingredients I hadn't used in a while, I decided to make my sauce from PB2. It was all quite delicious! It hit my dessert cravings while being a high protein breakfast. I will definitely try these bad boys again! 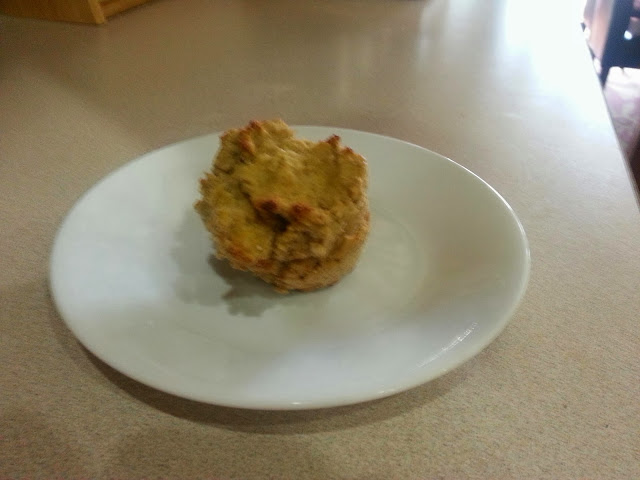 Next was muffins. I again used Chocolate-Covered Katie's webpage for inspiration. I decided to use half quinoa flour and half coconut flour for these. They are a bit crumbly but they are pretty tasty! I wanted to keep them light so I used Xylitol instead of sugar as well as some Stevia. I am trying to use up some products that I bought (like the flours and stevia) because I am not sure whether or not I will continue to use them in the future. I like whole what pastry flour and would like to try spelt flour. Some of those products just don't taste as "whole" as some of the others. I know they are but I think I prefer to keep it simple :) Anyway, throw some jam or almond butter on these babies and they are awesome! 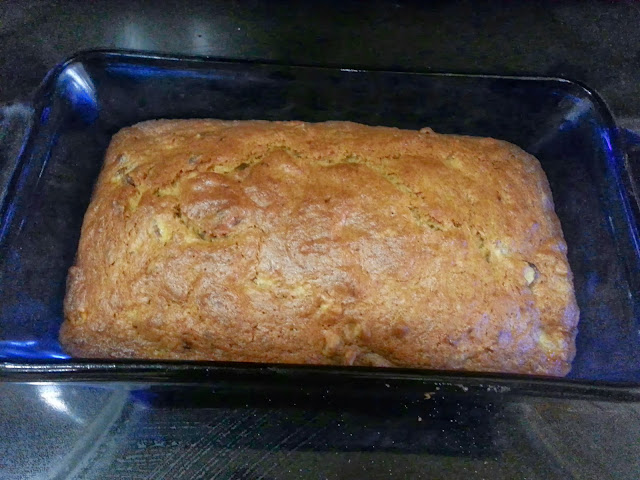 Tyler got his very own loaf of banana bread! We didn't have eggs and were too lazy to head to the store so he was cool with me adding egg replacement to the batter. It didn't rise as much as I thought but he says it is still tasty. I used our old Better Homes cookbook so it's a pretty basic recipe. He digs it. I have decided I like mine with more spices-cinnamon, nutmeg... tastes much better in my opinion. 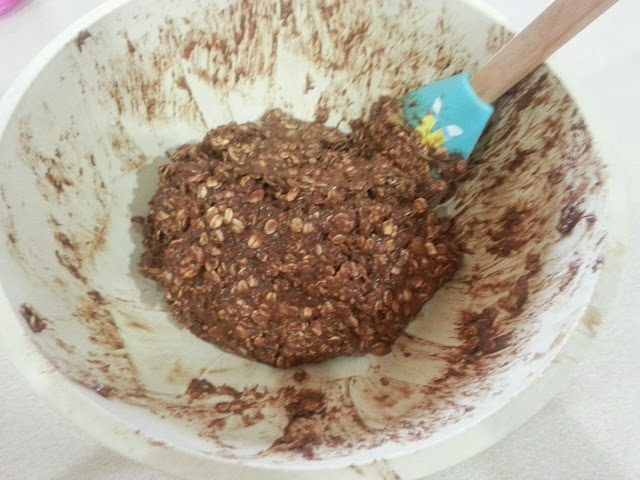 Finally I made some cookies! These are basically like no-bake cookies but without the butter and sugar. I used almond butter instead of peanut because I didn't have any. Here's the batter. 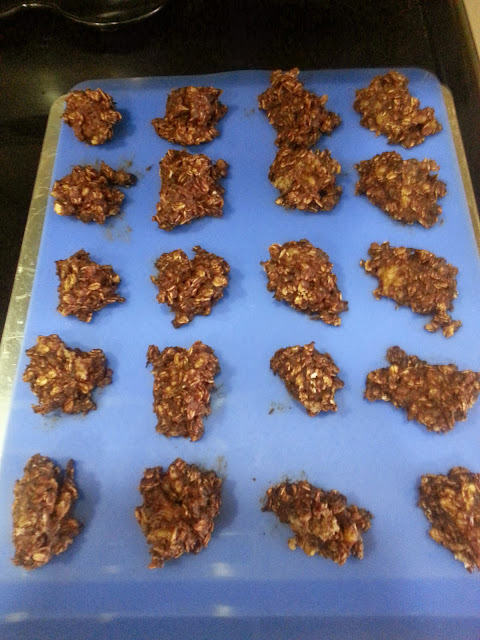 And here are the cookies! They are pretty good but could have used some maple syrup or honey to sweeten them up. I found this recipe via Pinterest, which is a huge inspiration for me when it comes to cooking. I also find inspiration for home and yard décor/design but Tyler makes fun of me as most of my inspiration includes putting holes in the wall. Oh well, I think it's fun and some of things have turned out great while others... not so much. It's still fun to be crafty, although Tyler definitely able to produce much higher quality items! Hah! Oh well, we compliment one another nicely :)

I hope you are all enjoying the beginnings on March. I know I sure am as my bulbs are popping up and starting to bloom! Also, psst! I have 6 more weeks left of school! Woo-hoo!!!﻿